Starting November 7th, the Circles Program will be accepting Circle Leaders and Circle Ally's. If you would like to participate as a Leader or Ally, please feel free to contact Circles Coordinator Doug at 269-637-4342 EXT # 6 or at circlesvbc@wecare-inc.org.

We Care Community Resource Center is launching a unique poverty-reduction initiative called Circles that is based on building intentional friendships across income lines. In dozens of communities across the country, low-income families have been matched with middle- and upper-income volunteers, and the relationships that form have helped those in poverty achieve financial independence. These relationships across income lines, or “circles” of support, meet weekly for a minimum of 18 months. The volunteers learn about the culture and trauma of poverty. And, in return, the participants learn how to navigate into the middle class. About half of those who start the program end up sticking with it and achieve an average 71 percent increase in their income at the 18-month mark. They achieve an average 121% increase in income after three years. In Van Buren County, poverty level is defined as $26,500 for a family of 4; 200% of the poverty level for a family of four is an annual income of just $53,000. "We hope to accomplish a safe and encouraging space where volunteers and clients alike will be able come and flourish.  Circle Leaders (clients) will gain valuable life skills to be successful in areas that they define. Allies (volunteers) will be able to give back and learn from those in their circle. So it will be benefit our community as a whole." - Erika Morrison, Executive Director, We Care CRC Circles USA, a national nonprofit based in Albuquerque, N.M., began developing the program 20 years ago but officially launched it under the Circles name in 2008. Since then, Circles has helped thousands of families in dozens of states. The Circles USA model is currently being utilized in more than 70 locations. In the Circles program, participants gain training on how to budget and save money. But what sets this program apart from other poverty-reduction programs is its focus on building social capital. While middle-income families enjoy networks of support through their workplaces, schools, neighborhoods and churches, families living in poverty rarely develop such networks. In Circles, those living in poverty find peers who are also hardworking and motivated to become financially stable. And this peer support is supplemented with encouragement from middle- and upper-income volunteers who are eager to come alongside them. When support forms around a family, questions are asked, advice is offered, a network of contacts is shared, and the barriers that keep people in poverty start to disappear. With middle- and upper-income friends who have landed jobs, negotiated a lease, or managed credit card debt, those in crisis are more equipped and more confident when it comes to finding a job, asking for a raise, securing housing or restructuring their debt. In addition to these supportive relationships, Circles also leverages the resources in a given community to help move a family out of poverty and off of public assistance. Every Circles location has volunteer Resource Teams that link participants to existing community services, jobs and educational programs. Circles also hosts occasional meetings with community leaders to draw attention to social service gaps or obstacles in the system that are inadvertently keeping people in poverty. We Care Community Resource Center plans to interview potential participants and volunteers for the Circles program in July and August. Training sessions for both groups will begin the following month. There will be an informational session for the general public held at a d. For more information on new Circles chapter visit www.wecare-inc.org/CirclesUSA “I never thought about future goals. My mindset was to make it through the day. I grew up in poverty, and my parents grew up in poverty. Now I have goals for myself and my family. This program has absolutely changed my outlook on life, and it has changed my children’s future.” — Amber S. 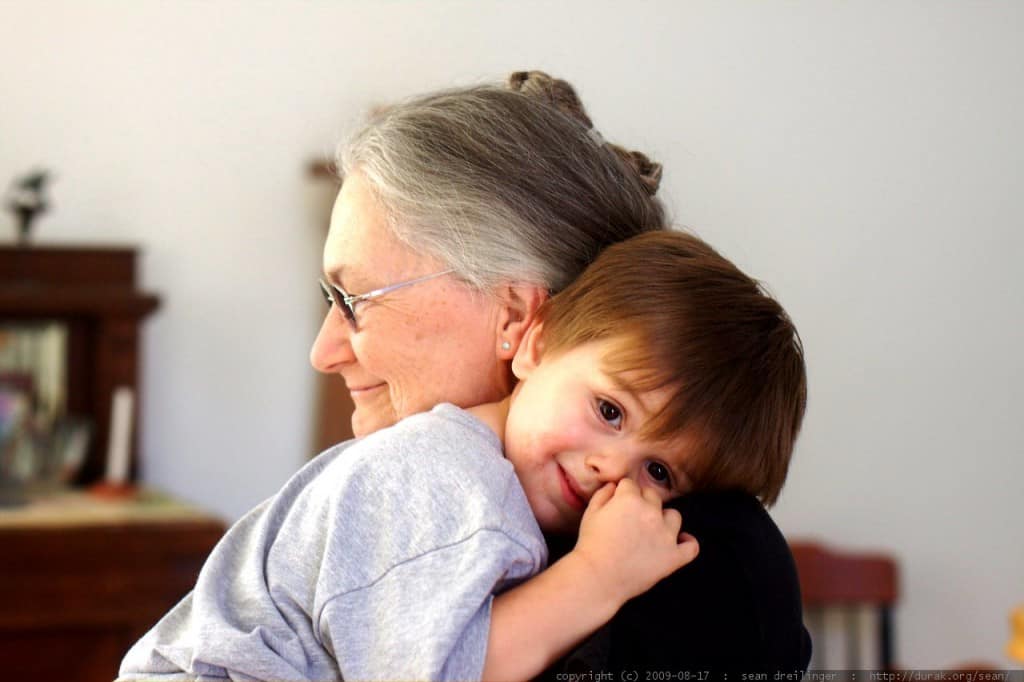 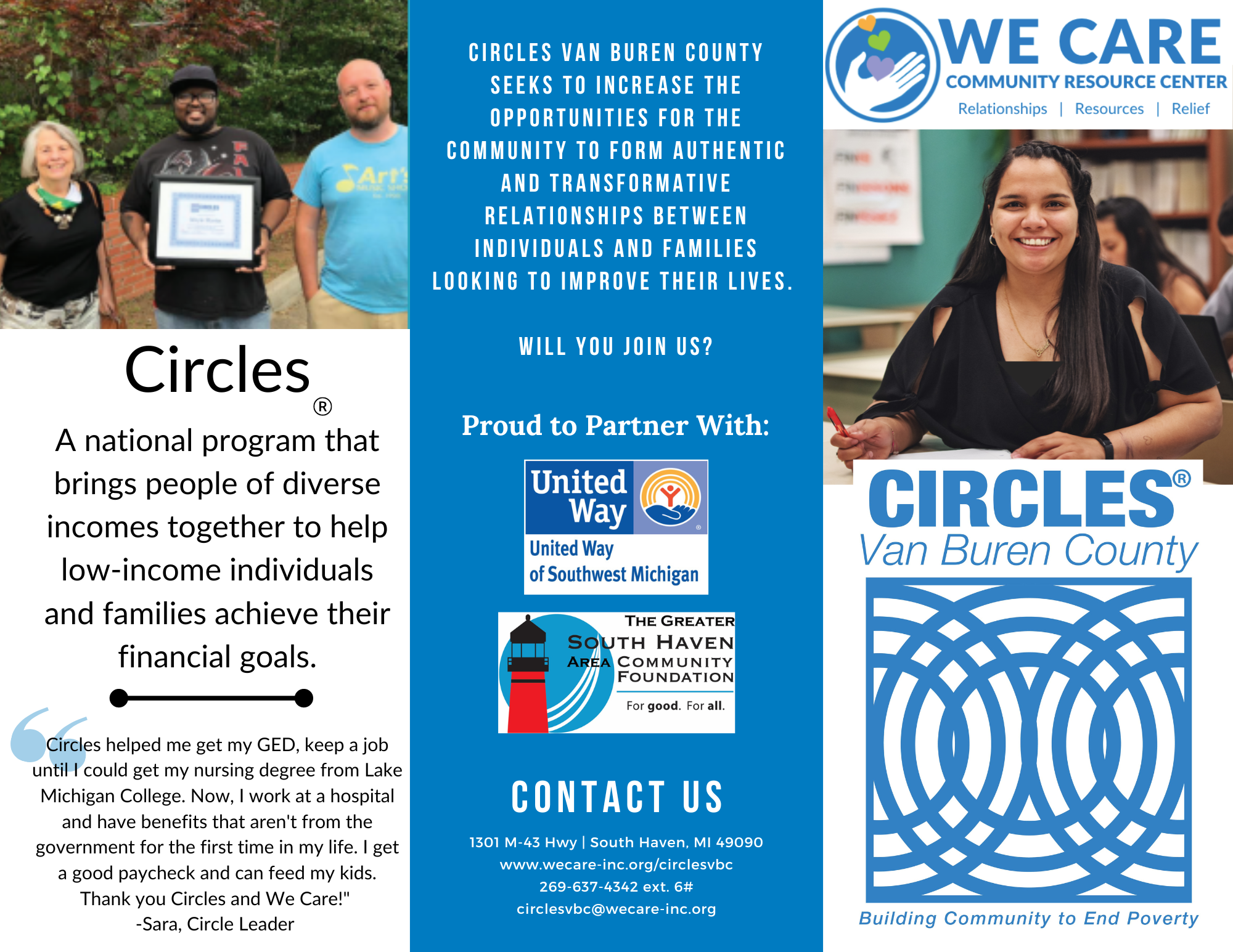 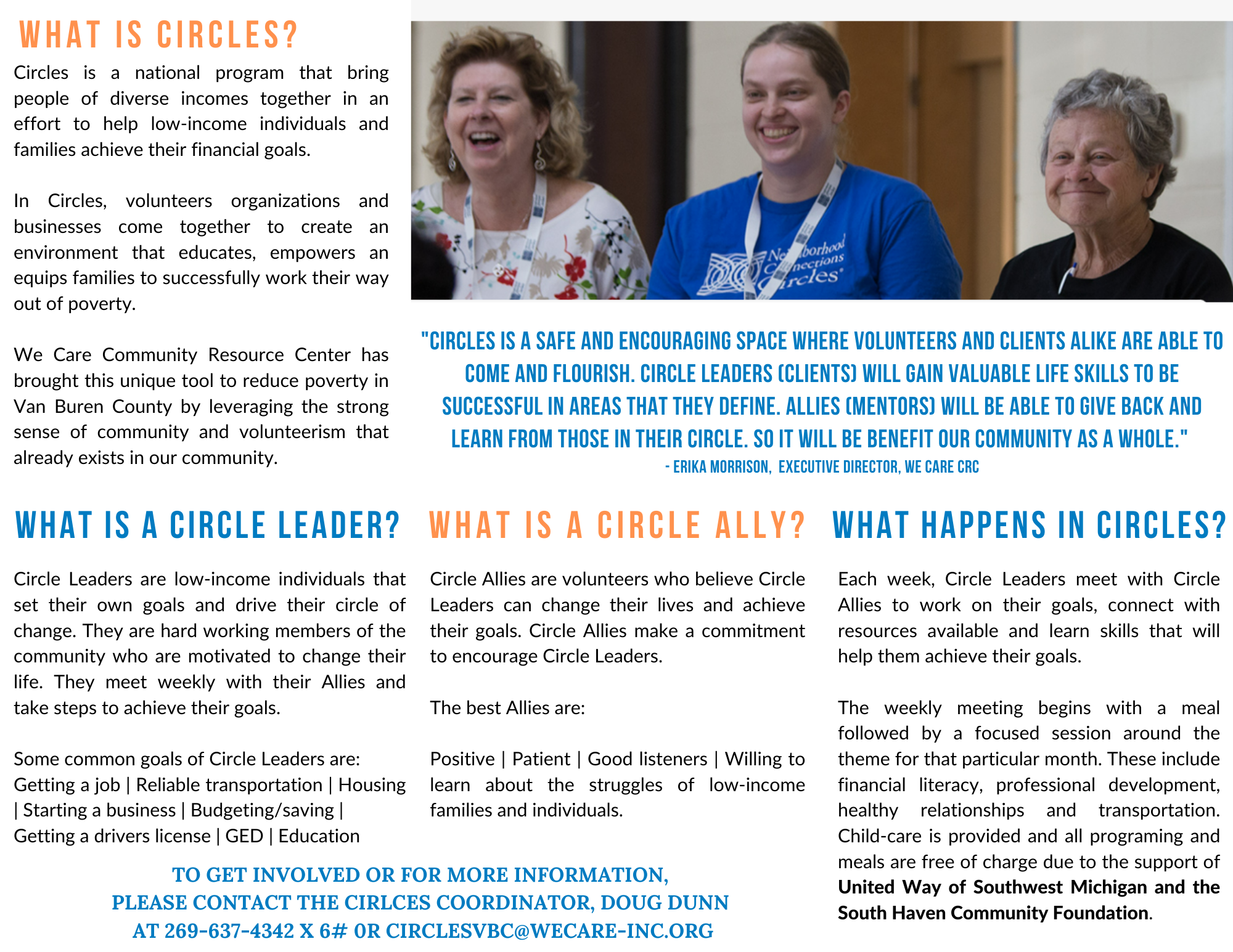 Stay up-to-date with all-things We Care - what we're doing, what's happening in our community and ways you can be involved.  Subscribe here - we won't sell your e-mail or address.